God's Plan in the Christmas Chaos 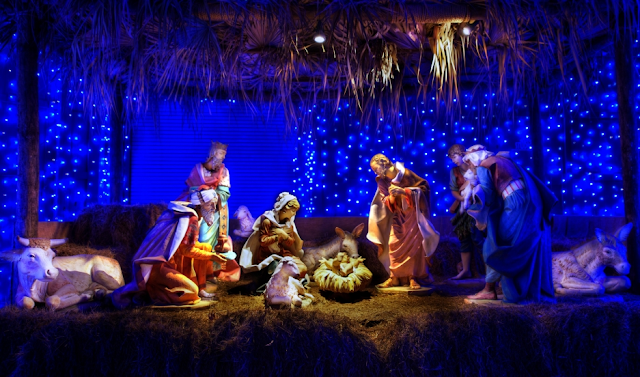 The little city of Salzburg, Austria, could be called the most musical town on earth — the home of Wolfgang Amadeus Mozart, the von Trapps and The Sound of Music, and the birthplace of Joseph Mohr, the author of the lyrics of the world’s most beloved Christmas carol, Silent Night.

It was Christmas Eve 1818. Father Joseph Mohr was preparing for the special midnight service, but he was quite distraught. The church organ had broken down, ruining that evening’s carefully planned music. The day before, Mohr was called to the bedside of a dying woman. By the time he returned home, the hour was late. The valley and the village lay in darkness.

The priest paused on a height overlooking the town. The events had left him sad: the useless organ, the death of a parishioner, the cold night and long journey. His heart, like the valley, was lost in shadows. But then he saw a faint light of a distant home. Against the black curtain of night, it shone even brighter. The priest pondered the light, then thought to himself: “It must have been something like this–that silent, holy night in Bethlehem.” Suddenly inspired, he hurried home, sat over his desk and wrote the timeless lyrics to Silent Night.

Taking the text to his organist, Franz Gruber, he explained the situation and asked Franz to compose a simple tune. That night, December 24, 1818, Silent Night was sung for the first time as a duet accompanied by guitar. In just a few years, the song spread across Europe and the rest of the world. Yet were it not for a broken organ, there never would have been a Silent Night.

Our problems are God’s pulpits to instruct us in the ways of Romans 8:28, “all things work together for good, to those who are called according to His purpose.” Our disappointments can be divine appointments. Our obstacles, His opportunities. I’m constantly amazed at how our God can take the unexpected and the chaos and bring something beautiful out of it.

It was that way the first Christmas. Little Mary had an unexpected visitor, named Gabriel, who told her to get ready for an unplanned pregnancy, which was also confusing and painful for Joseph. Then there was the unexpected decree from Caesar Augustus that all the world should be registered, which led to an unexpected journey to Bethlehem at a critical time during Mary’s pregnancy. And we know she gave birth in an unexpected place—a stable, for there was no room in the inn. Don’t forget the unexpected visitors—shepherds, and later the magi—or the unexpected danger from Herod who sought to kill the Christ child. Yet, if it weren’t for all those problems you and I would no reason to celebrate this time of year.

This year has been one unexpected event after another. But, I gather so much hope, strength and wisdom from the Christmas story. The lives of Mary and Joseph were totally upended because God was sovereignly working out a beautiful plan of salvation. God isn’t afraid of the mess, chaos and unexpected. Immanuel willingly came into such a situation. If Christ is with us now, then we should not fear. Expect the unexpected, for our God is up to something. -DM

Max Lucado, “We Need Some Christmas This Christmas,” <https://maxlucado.com/we-need-some-christmas-this-christmas/>

Posted by Derrick McCarson at 5:00 AM No comments: